For my website, where there's currently an interview with hunky wildlife expert Steve Backshall on the front page! http://lizzydening.wordpress.com/ 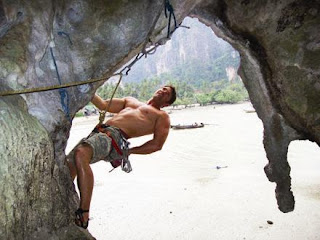 Chester Zoo - soggy spectacled bear, and a glimpse of a jaguar

I went to Chester Zoo via a visit to my university city Liverpool last month, with my friends Nikki and Jay.
It was lovely to not only catch up with them, but with the zoo itself, which was the site of numerous days out and study breaks over my time there.
It's one of the country's best, in my opinion, and has an enormous variety of creatures - from a huge herd of Asian elephants, to plenty of big cats, graceful okapi and orangutans.
The weather was dreadful - intermittent rain and hail, which with bursts of sun meant a constant stripping off of layers. Despite this, we managed to see pretty much everything we wanted to - a black rhino snorting at his fence, a spectacled bear chopping an apple in a hail storm, and even a glimpse of a jaguar after a good ten minute wait at the edge of his leafy enclosure. And that's without mentioning the baby orangutan held carefully up to the glass by its mother, and the juvenile elephants who delighted the crowds by play-fighting in their pond.
The only slight let down was how cold the pub in the centre of the zoo was when we popped in for lunch - although the piping hot veggie lasagne made up for this! 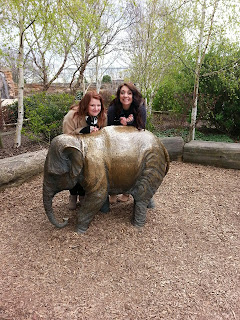 I had the best time here last Thursday! Check out my review for Yours:
http://www.yours.co.uk/Yours-Magazine-News/Search-Results/In-the-News/A-wild-night-out-at-London-Zoo/
Posted by Lizzy at 06:41 No comments:

Aside from trips to my beloved Shepreth, and a quick visit to the collection at Chessington World of Adventures (too much distraction from the rides available, although I did admire their capybaras!) it's been a quiet period zoo-wise. In my defence I've been very busy starting a new job at Yours magazine, freelancing for various papers and setting up a move to Peterborough - a sadly zoo-sparse area. However, I'm back with a vengeance now, and so, so excited to visit the press launch of Tiger Territory at London Zoo next week, so expect a post all about that asap. Happy zoo days.
Posted by Lizzy at 02:44 No comments: 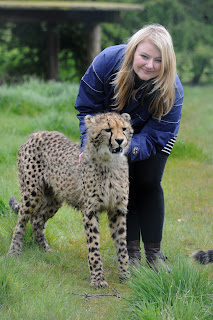 Hamerton Zoo is tucked into miles of rambling farmland in Sawtry, teeming with skylarks, yellowhammers and even the occasional red kite.
I visited on a rather rainy Thursday, and was lucky enough to get up close and personal with some of the zoo’s hand-reared cheetah cubs, Makali and Tyson. This mischievous pair seemed delighted to have company, and greeted me with throbbing purrs, before winding up against my legs like over-grown kittens. The brothers – which keepers can only tell apart from the distinctive markings on their tails – are full of energy, as demonstrated by the chewed-up footballs littering their enclosure, and at one point Makali rolls onto his back, offering up his soggy tummy for a scratch. Needless to say, I’m enchanted by them.
But even on a wet day there’s still plenty to see at Hamerton, and while the zoo’s amazing pair of aardwolves (it’s one of only two zoos in Europe to house these) may be staying resolutely indoors, I’m still able to get a good look at a new pair of ring tailed lemur babies, clinging contentedly to their mothers. 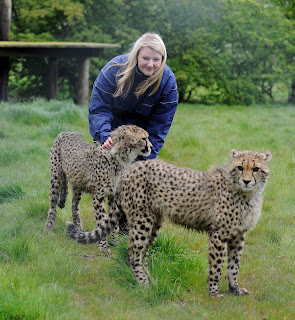 Following the paths round – many of which are covered, which on a day like this is a relief – I’m chuntered at by a group of meerkats, before creeping quietly into the sloth enclosure. Here, as my eyes adjust to the dark, I suddenly realise I’m alone, and barely a metre away from a stunning toe-toed sloth, who is reclining blissfully in the most awkward position I’ve ever seen. Listening to the rain beating on the roof, I watch him breathing peacefully, admiring the whirls of his thick fur and the strength of his powerful limbs, before he turns his teddy-bear face towards me and fixes me with his liquid gaze for several seconds. I hold my breath; it’s truly a luxury to be so close to such an expressive creature, and as he yawns and drifts back off to sleep, I leave quietly, wondering who else I might meet.
The treats aren’t over yet, as the rain eases off and I head out into the back fields where the predators are kept. Blizzard, the statuesque white tiger looks ready for his close-up, lying like a model across the hill in his enclosure, while his orange partner Lady Belle looks on admiringly. I move on to visit the pair of maned wolves who are long-legged and russet, and notice behind them, in the next enclosure along, are two cheetahs, prowling the fences. Not bad to see two such different and attractive predators side by side, in a little patch of English countryside
Posted by Lizzy at 06:27 No comments:

Having entered a bid in a charity auction held by my old friends at Shepreth and completely forgetting about it, I was delighted to find I’d won two tickets for a Safari at the .
Ross and I drove up there in late October and had to stay over at my aunt’s house, as it meant an early start. In fact, you arrive several hours before any visitors are allowed it – to enable you to help out with feeding – which meant a rather cold and confusing wait in an empty car park before we eventually met our guide, David.
I started to thaw out once inside his landrover, and we set off at lightning speed to meet our first creature of the day – a greater one horned rhino. He was like an enormous, hugely powerful, baby as he opened his mouth widely for us to throw carrots inside, which he then gulped down with barely a chew. As Ross had a go, I had time to admire the smart platelets of armour covering the rhino’s body; very different to the white rhinos of Marwell.
It was a thrill-packed morning and we had to get a move on, so it was off to feed a giraffe, who gracefully bent down over the side of his fence to pluck banana chunks from out outstretched hands. Unlike the feeding session at Banham, which took place on a raised platform, here we were at ground level and I don’t think I’ve ever felt smaller than looking up at his hooked lips swooping down towards me.
Next we met Five, the elephant (still not entirely sure why she’s called that, but I’m reassured it’s nothing to do with the boyband) who posed politely for photos, before performing some impressive party tricks, including a blast on a harmonica!
Finally we had (another) encounter with my old favourites, the lemurs. Black and white ruffs this time, and they took raisins most daintily from my hands.
Zooming around in the landrover, there were more treats to come, as we were in prime position to watch the park’s lions be released for their morning feed. It’s fair to say I was grateful for the protection of the vehicle as they tore across the fields towards chunks of meat.
We also got up close to the park’s white lions, and met their cross-eyed white tiger, who bounced playfully in his cage at our arrival.
Best of all, we released the wolves and cheetahs from their overnight enclosures and watched them stream out into the paddocks.  David encouraged us to run alongside, and despite us going at full pelt – red cheeks glowing – it was clear the big cats were only humouring us, as they galloped next to us.
After lunch we were left to explore the park and its amusements at our leisure, and I’m sure there was plenty we didn’t get a chance to see. We watched a sea lion display and took a spin on a Twister ride, before heading home, tired but happy.

Anyone who says zoos have no place in the modern world ought to read this: http://www.guardian.co.uk/world/2012/jan/02/leopards-british-zoos-boost-wild
An amazing project that I really hope will be a success!
Posted by Lizzy at 09:53 No comments: